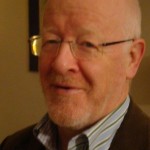 Head of University Department of Pediatrics – University of Liège – Belgium

YOUR EXPERIENCE AS A HARVARD STUDENT/RESEARCHER

Upon my arrival in Boston in 1985 I had already graduated as a pediatrician and had completed my training in pediatric neurology. The first goal of my stay was to carry out fundamental research in developmental neurobiology in order to strengthen my clinical knowledge. The second aim was to have the opportunity to write one or two papers in order to apply for a position as “resident” at the University of Liège. Although I was quite inexperienced in fundamental research, I easily found my place among a very active team of researchers at the Eunice Kennedy Shriver Center under the direction of Professor Verne S. Caviness. Proud of his trust, I was lucky enough to produce a brand new and unique biological marker (RC2) and define sets of experiments promising enough to build a fully new program in his laboratory. It soon became evident that I should extend my stay at Harvard beyond what was initially planned. Furthermore by doing so it gave my wife and I the possibility to take care of a family medical problem. This very early achievement allowed me to apply for a renewal of my grant and extend my stay up to four years. During this four year period I had the opportunity to fully describe some of the most crucial steps of cortical brain development in rodents but applicable in human. Sharing material with other colleagues of the Harvard Medical School as well as with others at Columbia University, St Louis, Yale, etc… gave multiple occasions to set up several collaborative programs together. By the end of my four year stay I also had gained many responsibilities in the conception, and deployment of the brand new developmental neurobiology laboratory at the MGH Boston Navy Yard.

YOUR EXPERIENCE AS A HARVARD BOAS SCHOLAR

From the above short summary it should be obvious that my four year stay at Harvard was a real enrichment at different levels, scientific and academic of course but also in terms of human relationship and management training. Beside the scientific achievements and the subsequent publications the Boas Scholarship was the starting point of my following academic curriculum. The main papers which are the core of my PhD thesis have indeed been written during this scholarship period. I had the opportunity to work with several not only excellent scientists and teachers but also wonderful persons who remain colleagues but moreover have become very good friends.  During this scholarship I also learned to prepare both clinical and scientific project as well as to develop my leadership.